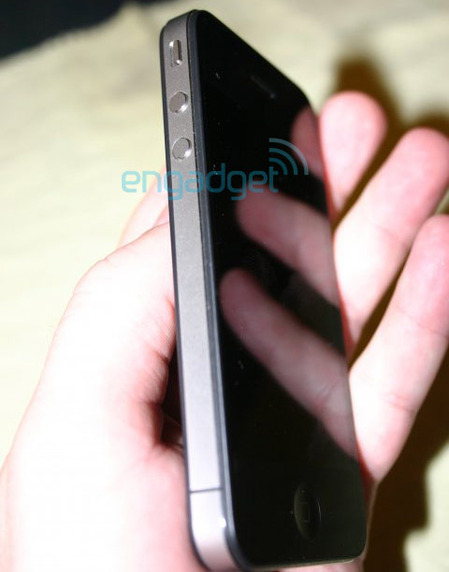 It might be, it might not be, but the very words new iPhone are enough to get us hungrily devouring some low-res jpegs and speculating like crazies. Engadget picked up a few pictures claiming to be the new iPhone, from an anonymous source who snapped pictures of a device found lying on the floor of a San Jose bar. Correlation with a previous Engadget photo from January suggests that the picture might be genuine.

What we can discern from these pictures:

1) the new iPhone will be rectangular and mostly black (SHOCK AND GASP)
2) it will have a silver strip around the edges, slightly less rounded than on the 3Gs

What we can’t discern from the pictures but people are guessing anyway:

Anything you guess might be in the new iPhone from looking at the picture? I reckon that silver strip can be flicked out to reveal a range of useful pocket knife devices, probably including a corkscrew. I’m just saying it’s possible.