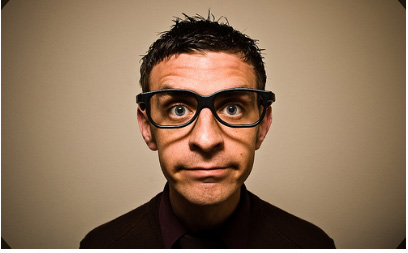 Don’t get me wrong – I like Geek boys. Most of the boys I know are geeks, some further down the geek scale than others. Some feature on the autistic scale too, but that’s a different matter. However, sometimes Geek boys can annoy the hell out of me. What is a poor girl to do but write a blog post about it, OR HANG AROUND WITH JOCKS. Not going there, but you know, it’s at the back of my mind:

Geek Boys – The Pros:
1) They’re intelligent. I’ll give that to them easily, these guys can talk about Chinese culture; what ash clouds do to engines, film tropes, and Argentinian politics at the drop of a baseball cap.

2) They’re sarcastic: time as a weedy kid getting picked on and wearing braces taught them they need to be funny to win. So these guys squeeze bitter jokes out the shittest situations. They can be a laugh. Okay there are times when you don’t appreciate caustic sarcasm, but in general, it’s funny.

3) They’re less likely to watch sport for ages. But yes, they are more likely to play to XBox for ages. You win some, you lose some.

4) More sensitive. Maybe this is a misconception. Maybe I’m mixing them up with my gay geek friends, but going back to those traumatic childhood experiences, I find these guys are a bit better at listening and generally having feelings.

Geek Boys – The Cons:
1) When they try super hard to outsmart you on some stupid detail. You’re having a normal conversation about something. Perhaps an area in which they feel they have a certain measure of expertise. Suddenly they scent a weakness, then the pwning instinct kicks in. You don’t know how the video compression works? Omg do you seriously not know how the video compression works? That is so lame that you don’t know that. ETC. Guys, explain to people when there’s stuff they don’t know, or just shut up and assume they don’t want to know.

2) Okay, so OCD is the price you pay for smartness sometimes. They fold stuff up and rearrange your stuff or get stressed out by your 3 year old newspaper collection.

3) Attacking the structure of your argument. Instead of saying, look I’m sorry I ate all the lasagne, they try and deflect admissions of guilt by discussing the technicalities of your argument. “But what you said was illogical in light of the principles you adhered to when we discussed paying the TV license.” Man up. You ate the lasagne.

4) Going on about stuff that you have expressed disinterest in. Yes, women do this too. I just think women get the hint that you want them to stop-please-now more quickly.