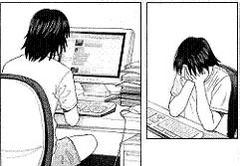 Random, spam style Facebook apps and relentless event invitations are the bain of my life. Well not really, I exaggerate, but they are annoying and insufferable. I’m actually losing the will to live and don’t know how much more I can take. I don’t care how many cities you’ve visited, and no I don’t want to become a vampire with you, nor do I want to be a drug dealer, play poker or become a pirate. Do I really care how much movie trivia you know, or I know for that matter? No. In fact, that’s a hell no.

I know I’m ranting, and I probably wouldn’t feel the need to shout about it, but while having a browse through Facebook last night and replying to the build up of friend requests (incidentally, I’m not trying to prove I’m popular, I’m simply highlighting that I never respond to things) I noticed my home page has been inundated with well over 200 application requests – yes two hundred of the things. I’m usually oblivious to the applications side of my Facebook account, but there’s now soooo many I couldn’t help but notice and feel absolutely gobsmacked.

Not only that, but every time I log into Facebook (which is more or less everyday) I have at least two messages from anonymous party/rave promoters who have sneakily added my name to a group mailing list telling me of their latest shindig. If I were friends with these people then fair enough, but I don’t know them (I don’t want to know them) and I haven’t signed up to any group relating to said rave, so it really annoys me when I’ve been included in the group messages that seem to just repeat the same tedious information. The annoying thing is, this also means I don’t even have the option to block them – arrrrgh!

I know exactly what happens – promoters send invites and messages to the friends of existing group members, or people they’ve scouted on the web (spammer style) which in theory isn’t bad. But with copious amounts of event promoters lurking on the web, all committing the same cyber crime, it works out to be a hell of a lot of invites and messages each week and mass annoyance on my behalf.

Needless to say, I’m getting a little fed up. There are some who take real careful consideration about who they invite to what apps and events. I love those people, they look at an app and think to themselves, ‘Lucy wouldn’t be into that, let’s not invite her’. Then there are others who just hit the ‘send to all’ button. I have a real passionate hate for this kind of behaviour. Do you realise how long it’s going to take me to decline and erase all your requests – bloody ages that’s what! If I had time to individually berate you I would, but life’s just not that empty. Thanks to the wonderful ‘block’ feature, I can filter out the crap. But for every app blocked, ten more are created and there are only so many times I can reject and block without wasting precious Lucy time.

The same can be said about non-specific events, raves, parties etc. The person on the send end, doesn’t take into consideration that a fancy dress foam party or drum n base party is even my thing! There are only so many times I’ll delete them all or remove myself from the group before it becomes a burden and impatience and annoyance kicks in.

I’ve come to accept that this spammer style madness is NEVER going to end. As long as people keep creating applications, people will keep em’ coming in true app happy style. But please spare a thought for people like me who are close to breaking point.

So if you know you commit this heinous crime – please stop, it’s getting a little serious now.

Am I alone on this? Am I the only one who feels this strongly about it all?