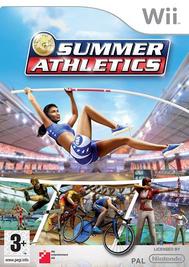 Summer Athletics is a game for the Olympic wannabe in you, as it effectively lets you try out all the different events at home. On the downside, there’s something rather dispiriting about practising cycling and swimming from your armchair. When you add a Wii element to it though, it becomes more than just a frustrating button basher.

You may find it a little tricky to learn all the different moves (seeing as there are 25 disciplines to practise) but once you have it down you’ll enjoy shot-putting to your hearts content. I think it would be quite amusing to watch people attempt the diving section, as faces can take on comical expressions as they try to weave their Wii-mote around. 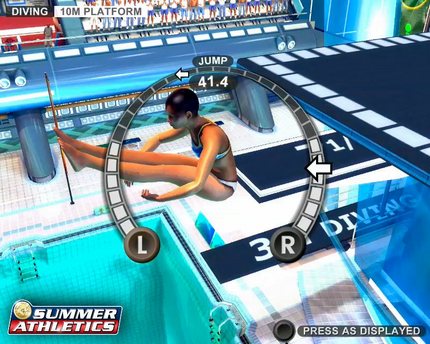 The game covers all aspects of summer sports, from sprinting, hurdles, cycling, archery, javelin, hammer throwing, swimming and diving. The graphics are extremely sharp to look at, and I like the little stories that occur whilst you try and make your athlete win the gold medals. There are two gaming modes, arcade and career, where you either just opt for adrenalin filled races, or work to achieve your goals. 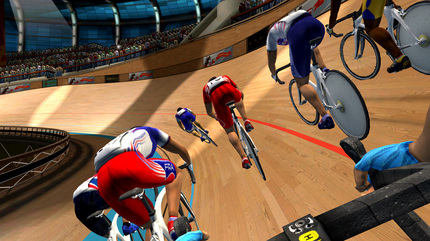 I can see how it could appeal to children who are wishing they were old enough/strong enough/good enough to enter the Olympics, and this would be a nice way for them to enact their fantasies. The real question here is whether this game is a contender for Beijing 2008, the Sega released official Olympic game.

The Sega game does have more options (which include table tennis!), but which will have more staying power? I think this will basically come down to the fact that Summer Athletics is on the Wii, and that will probably prove it the winner.

**To see how involved I got in the launch of the game click here and watch 00:45 seconds.