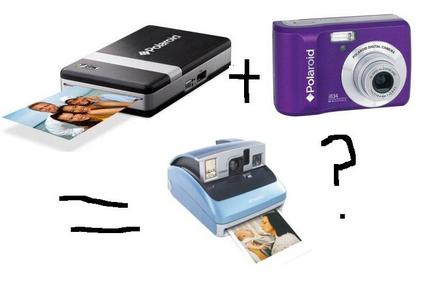 Not long ago, Polaroid discontinued their iconic instant print camera, presumably due to the fact it was old-fashioned and not making them enough money. So, they’ve done what any sensible company would do, and come up with a different product.

This product is a digital camera, but it’s got something very special integrated – a printer. So, that’s a camera with a printer, then. Much like the Polaroid cameras they just discontinued, then.

It’s got their PoGo printer integrated, which will print 4×3 (the same size as the traditional Polaroid cameras). Other than that, the details are yet to be decided.

If you’d like a say in the other details of the camera, you can enter your ideas over at Amateur Photographer, the magazine Polaroid are working with to save on R&D costs produce the first consumer-lead camera creation.

Like that? Read this: Polaroid launch the PoGo printer

One thought on “Polaroid promise camera with on-board printer: technology has finally eaten itself”